Somewhere in New Mexico as I drove northward toward Santa Fe I came across a state park. I believe it was a state park, it could have been national. It was far out by itself and I went for it.

Where I pulled in was the most private camping space I’ve ever had in a campground setting. Virtually no one else was there, in this semi-desert setting against a lake. Desolate and barren and open as much of New Mexico is. The real wonder was that there was a lake at all.

There, up an embankment I sat on the ground not far from my parked van, overlooking the water and the ragged hills, a gangly tree nearby. There I spent unregistered time in an aural meditation.

If you’ve never meditated in this particular way, I recommend it.

An aural meditation is the simplest thing on earth (like all other meditation forms, but this one seems even simpler!).

This is all you do:

You sit comfortably, close your eyes and listen.

It is sound — all sound, any sound — you embrace with your consciousness.

After a while you feel sound itself in the way you sometimes can hear and feel your own heartbeat.

If in relative silence you will hear/feel your own breath.

In Manhattan I would occasionally go into sound meditation. All the sounds at the crossroads of the world came to you there, traffic, talking, cursing, shouting out, grunting — I lived on 9th Avenue on the second floor, a body and a half above street level — all the honking, braking, carts, music, clamberings and rumblings and throbbings of a City in action mode.

Even there you would begin to feel the sounds. Somehow all the discordant noises would come together. Even jackhammers, even startling sounds, incorporated themselves into the music of a city in motion commotion.

There on the embankment in New Mexico overlooking a lake it was a different experience that led to the same place — total immersion in my spot in the cosmos.

It was windy so there was the wind itself. It rubbed against surfaces, split itself through foliage, ran in currents contouring the shape of this raw and ancient land. There was the water lapping, driven by that same wind. There was the rare bird, the tree creaking, more distant rustling.

At first your mind seizes upon each sound individually — a squawk, a crack, now the wind through my tree, now the wind over there a little more indistinct because it’s farther away. A car drives by and you hear the crunch of tire to gravel.

In that cool cold morning somewhere in New Mexico, listening, all possibility came back. Sometimes that’s all it takes, listening to what life is telling you. You needn’t even understand it, for it moves into you through sound, speaking to the part of you that does understand.

___________________
Modified excerpt from the forthcoming bookito Bohemia in Suburbia . . . and Beyond: Oh the creativity and originality outside of urban centers.

Om plays and I am

Om imagines and I am

Om speaks and I am

I connect and Om is

I recede and Om is

I ask and Om within answers

I am the Om expression

Om is the I involution

______________________
A very special thank you to Dr. Eben Alexander, author of Proof of Heaven: A Neurosurgeon’s Near-Death Experience and Journey into the Afterlife — for giving me yet another name for GodSpirit.

My friend Dorrie Koller recently found herself exulting in the promotion and financial windfall a woman at work recently received.

Everyone else was walking around giving her the stink eye.

Dorrie knew — as did everyone else — that this woman was the breadwinner for an extended family, including some from an older generation who could no longer work to help make ends meet. Now she could move the clan into a home that would accommodate them.

I walked right up to her and gave her a hug and told her not to mind those others, I was excited for her.

Is it any wonder that Dorrie herself not long after received the most wonderful news regarding a zoning issue on her own home?

Dorrie reveled in the good tidings for another, even though Dorrie too had been passed over for the promotion. Then came this ruling in her favor, which by her estimate is easily worth $40,000 to her  . . . .

Was the Law of Reflection operating? You decide.

(The Law of Reflection: What you witness and react to powerfully brings the essence of something similar to you.)

my wife, for reasons lurid and mundane

You! You, fine reader . . . for the rich connected experience of creative flow I’m wishing upon you 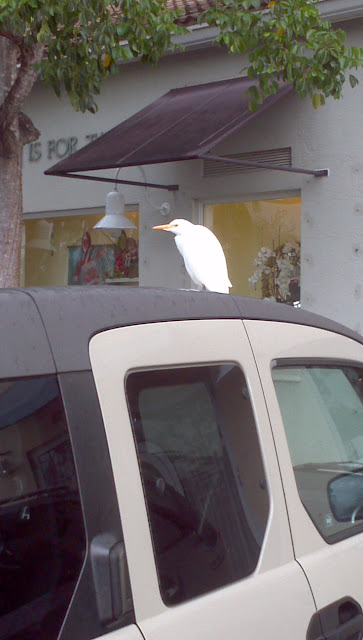 Last winter we crossed the bridge over a pond in our friends’ back yard to the other side of the water in an open area midst the trees.

There we gathered around their firepit, four adults, two kids. It’s always good to outnumber the kids.

(Except it’s also good when the kids outnumber the adults.)

(Don’t you love when opposites are true—)

Half an hour in the conversation trailed off and we all sat silently, entranced by the fire before us.

So many good and natural things. They’re there, activities that fulfill solely unto themselves regardless of result.

What are they for you? What comes to mind?

Wrestling with your kids

Earlier this morning we were standing in my wife’s studio when she mentioned that she’s not painting today. She said she’s perusing, researching, taking a step back to look at a mostly-done painting that’s vexing her.

This brought to mind Willem de Kooning, the abstract expressionist. He was a powerful pauser. I recall reading how he would frequently spend more time contemplating a canvas than actually working upon it.

His method was to paint, then pause, sometimes for lengthy periods of time. He would sit and look at the piece. What was it calling from him? What did it need? Where was he going? What wasn’t working? What was?

At a certain point he’d be propelled into work again, painting vigorously with renewed force.

So when Ann said she wasn’t working today, I disagreed. I think she was pausing for renewal. It’s in the contemplative state that the energy of creation gets amassed.

Today, if you cast your glance upward, you’ll notice the subtitle to The World Is Freaky Beautiful changed — to this:

for soul surfers, creators and the light of heart

Every site hones itself over time. This site has evolved too. There are three overlapping areas I find myself jazzing over these days, and this phrase best conveys that for now.

What does it mean?

Soul surfers: those who seek an open-minded, wide open-hearted spirituality. You know the type. Soul surfers are inspired by diverse thought, Lao Tzu and Jesus, Abraham-Hicks and Sufis, me and you.

That is to say people who find keen insight wherever it pops up, from Eastern and Western traditions, channelers and mystics, every day people. Wherever meaning can be found.

Creators: those creating in this world, be it a business, an art form, an experience, a project, a family, a lifestyle, a mission . . .

The light of heart: that’s for you, you impish spirits, those of you who have merriment in your eyes . . . who delight in delight, relish the good, savor the light moments as much as the moments of light. Your lightness and laughter draw us all higher . . . .

In life forms we have the Cambrian Explosion, where organisms went from simple cellular compositions to a diverse and complex array of life including plants and animals with such great rapidity it boggles the evolutionary mind.

To me the consciousness explosion Karl Jaspers refers to as the Axial Age could easily be called the Axial Inplosion. It was in that time that bold, brash thought originators began looking inward, into human consciousness itself. (Socrates, Buddha, Lao Tzu, the Jewish  Prophets, more . . . . )

You too can look inward. You may not startle the world into new ways of thinking, though it is certain that prolonged and thoughtful contemplation will shake loose dormant genius you didn’t know you had.

In the past week and a half four people I know have had pop-up experience magnificence occur in their lives:

We could call it The Law of Reflection: What you witness and react to powerfully sets you up for the essence of something similar.

You know deep in your bones you have a choice in what you think, right?

You believe that your choices are meaningful, and that you have individual autonomy in making such choices, true?

Before the Axial Age your capacity as an individual to choose your own way, good or bad, wasn’t even considered. This fundamental understanding of individual responsibility — that you as a person choose for yourself which direction you take — emerged across vast distances in this era.

Before the Axial Age, approximately 800 to 200 BCE, tribal consciousness reigned. According to Karl Jaspers, civilization’s spiritual principles were established in the East, the Middle East and the West during this fertile period.

Startling insights in philosophy, spirituality and consciousness burst forth across the globe (in areas where we have written records; unfortunately this excludes the Americas and much of Africa).

Extraordinarily this conceptual flowering occurred across Greece, Judea, India, Persia and China more or less independently of each other. (!)

Axial means pivotal in German . . . meaning the entire age was a pivot point for humanity.

The concepts of individual consciousness, monotheism, the unity of all things, reincarnation, ahimsa (nonviolence), karma, inquiry into the meaning of existence, personal choice and much more lurched to life in this span of six hundred-ish years.

Pre-Axial age, rituals were to get the gods to bestow favor upon the tribe. Rituals had nothing to do with how you behaved morally.

That changed with the Axial Age, where individual thought became paramount. People came to understand they had the responsibility to choose for themselves good or ill. Now there was a choice to be made — right or wrong, moral or immoral — and the choice was each person’s alone to make.

The individual and her ability to choose were born.