Let’s call it the Gil Vega Plan. He’s not a household name (yet) but his is the most elegantly and profoundly simple plan I’ve come across for addressing goal setting for the coming year.


This way he sidesteps trying to make decisions in the midst of the holidays. With family about, activities, the festive eating, he feels free to not think about a single thing. He gets to enjoy the season.

This means no muddled decisions. No jumping to grand conclusions about his life while immersed in the holiday hubbub. No trying to sequester himself away to draw out his canniest thinking.

By giving himself a week to purify body and mind he’s opening up space to allow his deeper urges to let themselves be known. It’s mental percolation of the highest order.

There was a flowering of spiritual consciousness just after the dawn of the recorded era called the Axial Age. It lasted for approximately 600 years, from 800 to 200 BCE.

Major religions were established and solidified. Jainism influenced both Hinduism and Buddhism (which sprung out of Hinduism the way Christianity later spiraled out of Judaism).

Thinkers abounded. Socrates and the philosophers in Greece. The Buddha. The Jewish prophets. In China, Lao Tzu and Kongzi (Master Kong, known to us as Confucious). Others whose names we’ll never know.

I read! I talked! I listened! I watched! I googled! I was rabid for information. I was keen to match my experience with the experiences of others who’d trod similar ground.

A personal Axial Age is a glorious thing. You seek your spiritual practice. You fashion your own cosmology from the cosmologies akin to your own thoughts, though not too tightly for really, what can we know with certainty? (What the bleep do we know?!)

You search for others like you. You are ravenous for the experience and thought of others who’ve gone before you. You leap without knowing where you’ll land. You find your spirit groove . . . and emerge from your personal Axial Age into the Age of Deepening.

You move from discovery into embodiment.

The only bad thing about having a good creative day is that it ends, and there’s no guarantee we can repeat it tomorrow. One good day does not necessarily beget another. But there are ways to increase the chances of successive successes.

Ernest Hemingway had the nifty trick of always calling it a day at a point when he knew what came next. He built himself a bridge to the next day. I cannot think of a better creative organizational tool. The Hemingway bridge is how you extend a mini-groove.

I try to do a variation of this bridge. I always quit for the day before everyone’s totally exhausted. I stop when there’s still some energy left in the room and I know where we would have gone if we hadn’t stopped. Knowing what comes next is like crocheting: The end of one day knits into the next, and you wind up with a garment that is flexible but strong.

A savvy stand-up comedian always knows to leave the audience begging for more. You should do the same with your work. Don’t drive yourself to the point of being totally spent. Try to stop while you have a few drops left in the tank, and use that fuel to build a bridge to the next day.

I was listening to a lecture series about the Axial Age given by Professor Mark W. Muesse (Rhodes College, PH.D., Harvard), and the concepts that came into being in that era seemed to have particular resonance for the era we’re in.

Here are a couple of earlier posts about the Axial Age to catch you up to date if you’re not familiar with that term for the comprehensive advancement of human thought, specifically as it pertained to the freedom of choice inherent to each individual:

I’d scarcely gotten into the series when I was struck by the idea we’re likely in the early stages of Axial Age 2.0. To me this second Axial Age began with scientific inquiry overtaking superstition as a means of understanding our world. But I don’t believe it ends there!

We’re only in the beginning stages. Let’s say we have 600 years, as in Axial Age 1.0. Who knows the wonders that can be conjoined in another few hundred years time: Channelers and physicists may meet somewhere along a string theory — or somewhere else for that matter. It’s an exciting era, only in its infancy.

Already consciousness is presupposed as fundamental to the exploration of quantum physics. Consciousness — attention/choice — is integral to some of the most perplexing and wonderful Alice-In-Wonderland quirkiness exhibited in the realm of micro-reality.

Some are already exploring the idea that consciousness may be fundamental to reality in ways in which we can’t quite articulate at this stage of our scientific development.

The many streams of religious thought are splashing together in the great basin of a globalized humanity.

Once humanity walked through this world as though a mummy, tightly bound, wrapped in creed so compactly we stumbled when we might have run. Science and reason are helping us cast off the bullsh*t.

Limited and quite insane beliefs are being stripped away:

What’s coming? Who truly knows. But it’s freer. One thing I do know, you get to choose. It’s freer by far.

How Rick revised his list of qualities for a girlfriend after gaining a girlfriend . . . who didn’t quite work out.

Rick and I have a mutual friend, Lavid Dangley (name so thinly disguised it’s like Saran Wrapping his identity). Years ago after a brutal and demoralizing breakup, Lavid Dangley sat down and wrote out a page or two of the qualities he wanted in his next girlfriend. You could also say it was a list of the anti-qualities of his just ended relationship.

He wanted harmony. He wanted easy going. He wanted supportive. He wanted clean living. All the many qualities he hadn’t found in his previous stripper girlfriend, before he became conscious of getting really clear on his desires. (Several years of pain can be a great clarifier.)

It worked. Tracy, his next girlfriend, seemed to walk right off the pages of his ideal list. It was uncanny, as though he’d placed an order . . . .

So enter Rick. After some frustrating years dating he took the same tack. He wrote out a list of desired experiences for his next relationship.

What I love about Rick’s story is this: A woman came along but it was a less than satisfying relationship. Rick didn’t quit the idea of specifying his deepest wants — he doubled down! He took out the original sheet and added an addendum! Adding the qualities he also ached for now that he was even clearer.

And yes, she’s here, in his life now, this more perfect match. Which is why I’m writing this . . .

Note: By the way, this was inspired by a Good Vibe Blog post by Jeannette Maw — Activate: Hot Date. Go there to catch the vibe!

From Nancy Westphal, whom I met in line at Costco, proving yet again that inspiration is as close as the person next to you:

There was a time many years ago when I lived in downtown Chicago.  I was struggling with a belief that evil was more powerful than goodness.  I was very afraid and pretty sure evil was the more omnipotent of the two.

Leaving work one night I walked down Michigan Ave. towards home, deep in what felt like a struggle for my very soul.  By the Drake Hotel there was a flower box full of gorgeous flowers that I often stopped to relish.  So beautiful and delicate.  Similar to morning glories and that same heavenly blue.

On this night someone had torn a handful of the flowers out of the box, stomped and ground them into the sidewalk.  So savage.  They looked dead.

I was outraged and grieved for the flowers.  I could not just walk past.  I gathered them and took them home with me.  My thought was that they might have been cruelly mistreated but no way in hell was I going to be the kind of person who walks away.

I took them home and put them in water.  The flowers very gingerly began to revive.

I cannot begin to tell you the miracle this was.  Each day they became more beautiful . . . and happy.  I’d come home and they would practically be singing.

They lasted about two weeks, which was a miracle in itself.  The final bloom (because they bloomed!) was a huge double bloom.  Felt like they were saying thank you.

I have tears in my eyes from this memory because these flowers gave me something I did not have . . . they gave me hope and that was everything.  And slowly and very gingerly I have blossomed too.

Have you noticed this? There is a powerful correlation between spirituality and creativity. The more I speak with artists and other highly creative individuals the more I see the commonalities.

When you engage creatives in a deeper conversation as to the source of their creativity, the conversation tends to go quasi-mystical. It’s a creative flow experience, often spurred by the same things that spur a sense of spiritual union.

Seven of these enhancers for both creativity and spirituality are:

I am a fool for lovin’ this life —

I’m a fool for the everpresent surprise in the moment —

I’m a fool for hushed civility in the library, the monastery, the public bathroom —

Every time I pretend wise my foolishness is proven the more. So I toss off all pretense of knowing and throw myself recklessly, foolishly, into the Magnificent Mystery —

I’m a fool for flings of love, abandonment to passion, giving all for principle — 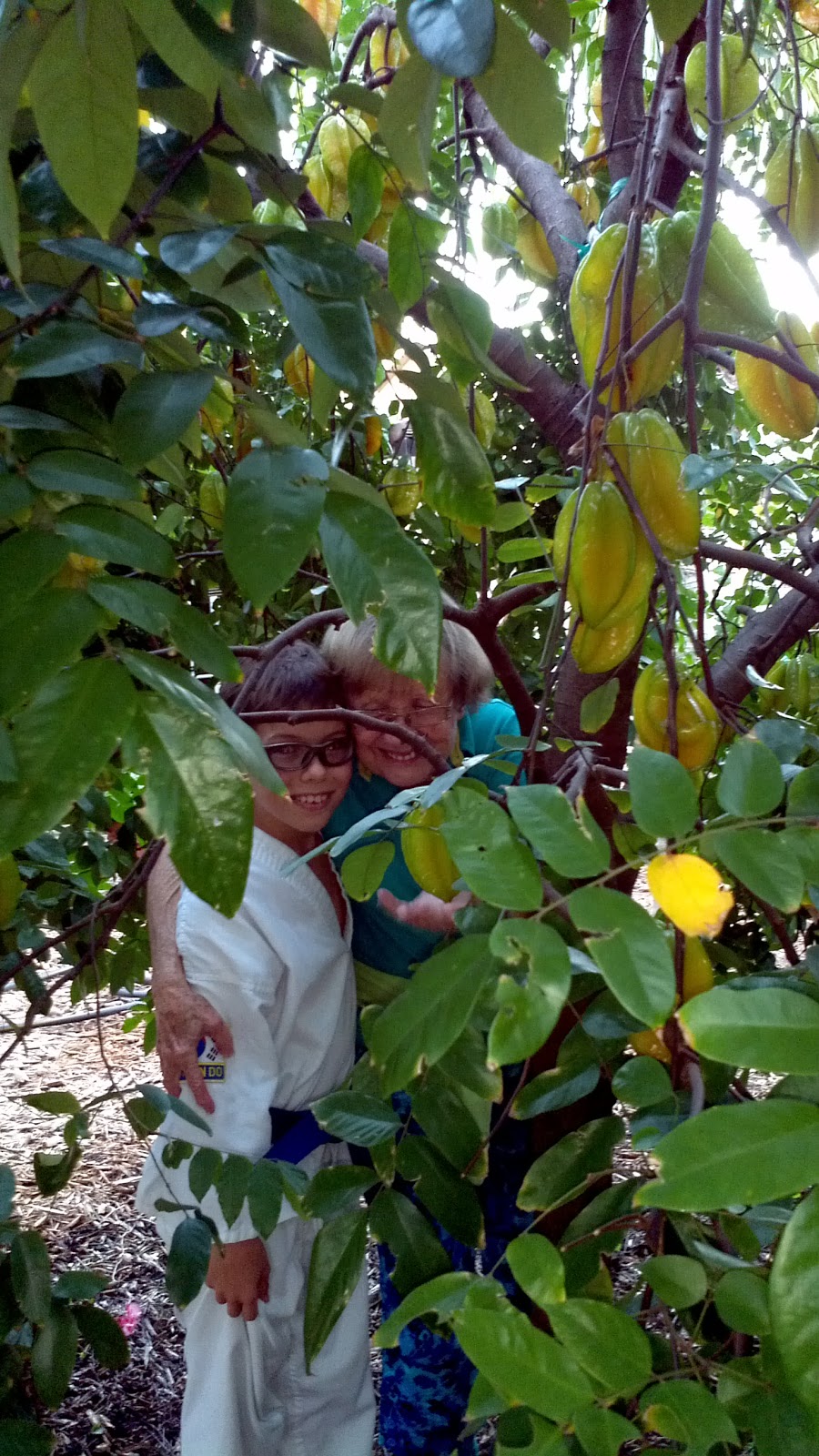