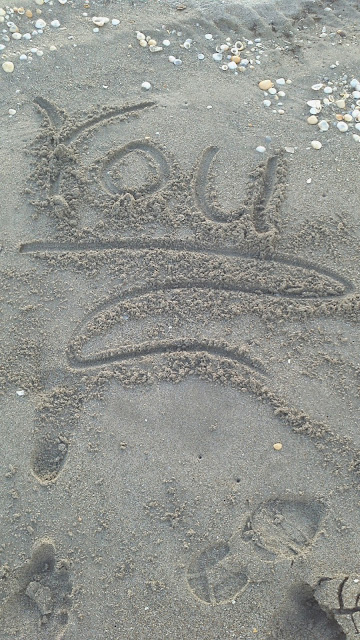 Confiscated from:
Epiphany: True Stories of Sudden Insight To Inspire, Encourage and Transform
By Elise Ballard

Maya Angelou during an interview with Elise Ballard:

The truth is everybody probably has 250 epiphanies. The way you’re changed at ten prepares you to be changed again at fifteen, but you couldn’t have been changed at fifteen had you not had that change at ten. You see what I mean? Epiphany builds upon epiphany.

When my son was born, I was seventeen. And I came home from the hospital and my mother put him in the bed with me. I was so afraid I’d roll over on this beautiful baby. But she said, “It’s all right. You’ll be all right.” I thought I might smother him or something. I was just scared.

Sometime in the middle of the night, my mother awakened me, and she said, “Don’t move. Just look.” And I had put my arm up and put my hand on the mattress, and put the blanket over my arm so that my baby was lying in a tent.

And my mom softly said to me, “See baby? When you mean right, you do right.”

A few years later, when I was maybe twenty-two or so, I was studying voice, and the voice teacher lived in my house and rented from me. He taught a number of accomplished actresses and singers, and they all studied in my house. So I knew them slightly. But they were all white, and they were accomplished, and many of them were forty years old and had been written about in the San Francisco newspaper, where I lived at the time.

Once a month, the voice teacher asked us to come together and read from a book called Lessons in Truth. We all would read a page, or a half a page, whatever he assigned. And at one point, I was reading and read the line, “God loves me.”

And he stopped me and said, “Read it again.”

And suddenly I became embarrassed. I was young and black, and everybody else was white and accomplished. And I felt he was really embarrassing me. Putting me on the spot. So I read it with ferocity — forcefully: “GOD. LOVES. ME.”

I thought, “God? That which made bees and mountains and water? That? Loves me? Maya Angelou? Well then, there’s nothing I can’t do. I can do anything good.”

Even now, telling you this some fifty years later, it still brings goose bumps to me. I could weep with joy at the knowledge that I am loved by Love itself.

Click here for a spirit moment via email, once or twice a month. 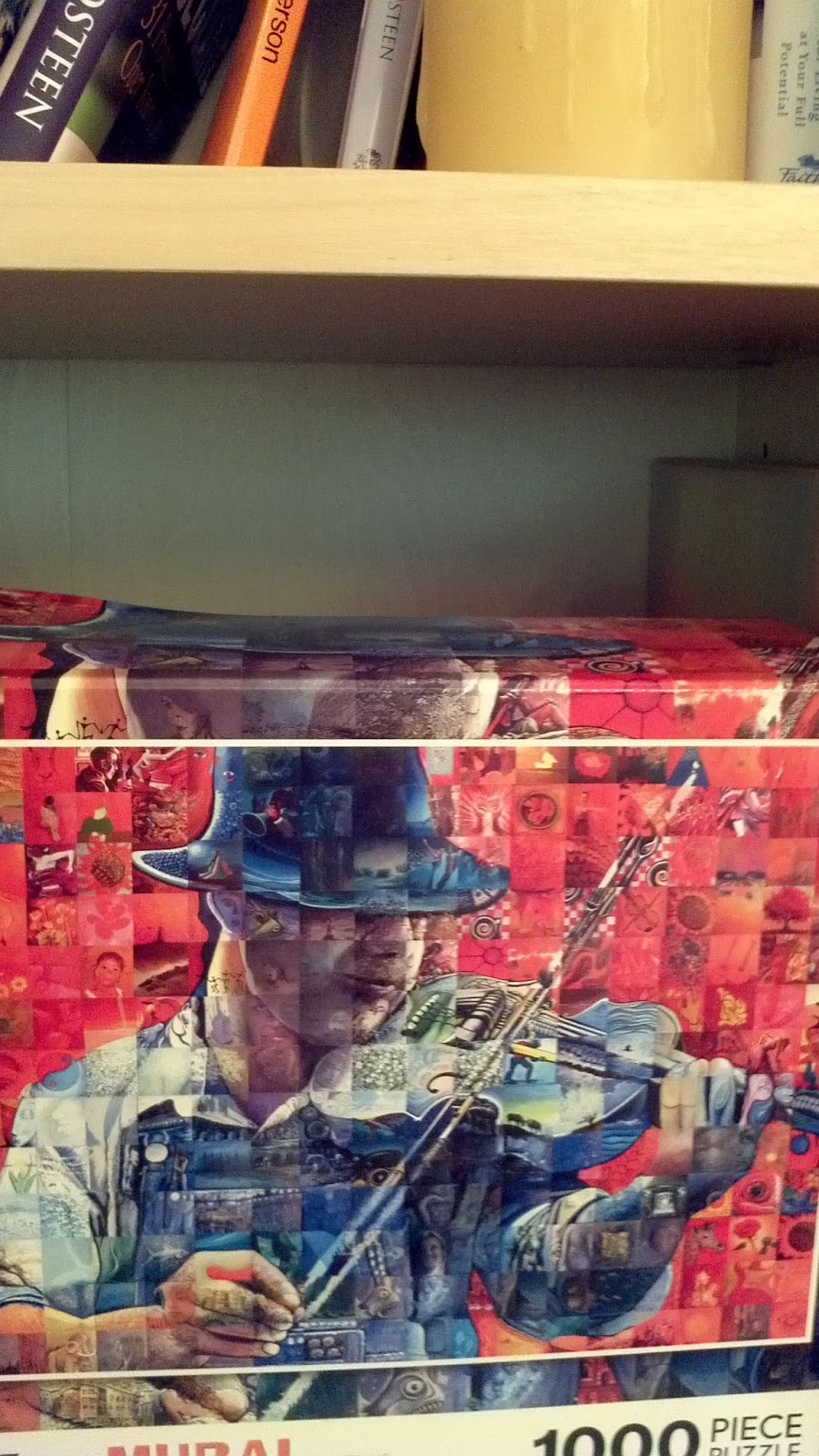 Often we borrow words and themes from other languages because they encompass more than a direct translation might. Even though we may not grasp the meaning entirely, something of the essence of it comes through when we appropriate it into our language.

Now consider this word . . . that Stephen Nachmanovitch speaks about at the entrance to his book Free Play:

There is an old Sanskrit word, lila, which means play, richer than our word, it means divine play, the play of creation, destruction, and re-creation, the folding and unfolding of the cosmos. Lila, free and deep, is both the delight and enjoyment of this moment, and the play of God. It also means love.*

Lila may be the simplest thing there is — spontaneous, childish, disarming. But as we grow and experience the complexities of life, it may also be the most difficult and hard-won achievement imaginable, and its coming to fruition is a kind of homecoming to our true selves.*

Pronounced lee-lah, “lila is a way of describing all reality, including the cosmos, as the outcome of creative play by the divine absolute” . . . to confiscate a line from Wikipedia.

Now . . . when you take our own word play and play with it a bit in your mind, it’ll never be the same if you incorporate a dash of lila in it. Playfulness as creation, both personal and cosmic. Playfulness in the sense of frolic and experimentation. Play, pure and light and creative.

Play! It’s where the absolute meets the ephemeral.

This post is excerpted from this little book. Check it out:
Burn Baby Burn: Spark The Creative Spirit Within

Today as Ann was dropping off dry cleaning she and the woman at the counter fell into an unlikely conversation about God and religions.

Ann remarked on a favorite Gandhi insight, comparing God to a diamond and the religions of the world as viewing the diamond each through its own facet.

This Hindu woman then shared her perspective on the many ways of seeing God, using a personal analogy:

I am a worker. I am also many things. When you see me you see a worker . . . but I am also a mother, a wife, a daughter and a friend. I am all of these things and all of these are also me.

How you see me doesn’t change who I am . . . Because you see me one way doesn’t mean I’m not all these others as well.

Have you noticed this? There is a powerful correlation between spirituality and creativity. The more I speak with artists and other highly creative individuals the more I see the commonalities.

When you engage creatives in a deeper conversation as to the source of their creativity, the conversation tends to go quasi-mystical. It’s a creative flow experience, often spurred by the same things that spur a sense of spiritual union.

Seven of these enhancers for both creativity and spirituality are:

In the previous post I spoke about wei wu wei — effortless action. What’s exciting about exploring world thought is that you don’t have to look very far to find ideas that parallel each other in different modes of exploration.

For example, when you investigate flow or the law of attraction or Daoist philosophy you see that they all come together in this idea of inspired action and easeful effort.

In Christian terms you could call it grace, that divine place where Ease and Rightness are inherent in all that you do.

Athletes might refer to it as the runners high or the endorphin high or being in the zone. There are many ways to perceive states of supra-consciousness.

In this era we are witness to all of these thought threads coming together, some psycho-scientifically (as in the flow state, or an athlete’s trippy experience) and some psycho-spiritually (as when one is aligned with the Dao, or when a modern-day new ager experiences the law of allowing in their life as Ease).

In all there is a commonality: You surrender utterly to your focus on the action in which you are immersed and allow the extraordinary to be funneled through you personally, through your (seemingly effortless) efforts.

I think of the Daoist concept of wei wu wei this way. If I observe my home space is in disorder and frustratedly force myself — in a snitty mood — to pick up my stuff, their stuff, the dog’s stuff, that is wei. That is action. But it is artless action.

It is wei harder than it needs to be, man.

If I quiet myself and contemplate graceful order . . . and then am suddenly seized to make it so, I am propelled into order making:

I’m even singing raucously and badly.

That is wei wu wei.

I feel better during and after my my efforts. In fact, it didn’t even feel like effort, it felt like propulsion!

I was in the flow, lost to myself, nothing was dragging me down. Motion and focus merged to became effortless action.