Months if not years from now we’ll be comparing notes about what we did during covid.

It will be a variation on How I Spent My Summer Vacation. Only this will be a more somber version, especially for those of us whose livelihoods were threatened, whose lives were put in danger — even for those who wondered, Good God how am I going to survive being pent up with these people!

It will have been more than a year in which the entire world had to decide was worth doing and what wasn’t. We all had to figure out how to worm our way through the new constraints.

Most of our covid projects were private, personal. But some were designed to be shared.

The text was mostly written when covid lockdowns began. In reality it was the editing, revising, tweaking, design and layout stages that were incubated during the pandemic.

But how timely! My own outdoors time shot up threefold.

I’m excited to share this with you — the official debut.

Click on the title to check out my new bookito:

It Is Solved By Walking
How World-Class Creators Solve Life

I think you’ll enjoy it, for these reasons:

— Stories abound, mine and others, some famous, some not — some of them amusing, all of them intriguing

— As one reviewer pointed out, it takes you to unexpected places. To small art towns, to spiritual sojourns, to where the 20th century really began

— You’ll get to walk with giants: world-class thinkers and doers who’ve had paradigm-shifting epiphanies while out for a walk

— You’ll find out why a simple walk has been the most common method for thousands of years to produce ideas, insights, and solutions to vexing issues

— There’s even a wee section extolling the physical benefits, cuz there’s some fascinating science there

For the creatively adventurous and the spiritually seeking, this bookito is for you.

Here’s the link again so you don’t have to scroll ALL the way back up — check it out:

It Is Solved By Walking
How World-Class Creators Solve Life

I believe in a lot of things that aren’t universal or near-universal in belief.

I believe the universe is conscious.

And hence reality is conscious.

I believe we are here to play in the fields of creation.

I believe death is a step into the next adventure. (Because the universe is conscious.)

I believe what we think is possible is more important than what is really possible. (Because reality is conscious, it is malleable.)

I believe love can be summoned.

2.5 decades ago I fled a brief ruinous romance. Weeks later I fasted on Thanksgiving Day, biking to a mountaintop in Topanga Canyon. Sitting in a cave the size of cramped car interior I witnessed two butterflies flitting in an air dance around each other.

At that moment I decided it was a sign I’d find love again.

One month later — the day after Christmas — love found me. At first I thought it was the frisson of reconnection — with a college girlfriend. Then infatuation. And lust, can’t leave that out.

Now, twenty five years later I know it’s lifelong love. We’re married, have a kid, an art gallery, arguments over the price of a car, and the best makeup sex.

Choosing to believe true love was around the corner because of two circling butterflies atop a mountain served me well.

This is all preamble to talk about today.

For those of us who find certain number repetitions or sequences potent, it’s an event.

It’s not because the repeating ones are special in themselves. Humanity after all arbitrarily assigned months and days and hours to a planet that’s been spinning for billions of years, most of them without us.

But — what do you choose to believe about all these ones aligning?

If I can summon love from the desolation of a ruptured relationship simply by catching sight of two butterflies spiraling in the mountain air … why can’t what I intend at 11:11 on 11-11 be just as consequential?

You too get to choose.

You’ll appreciate this. In his early 20s Mike Murphy had troubles with the law and had just separated from his wife and young child because of substance abuse. He was working for someone he hated, making little money.

His car was so bad off he had to drive with his left arm through the open window to hold the door shut. Hot days, rainy  days, it didn’t matter, everywhere he drove his forearm gripped the door tightly to keep it from flying open.

Someone recommended a man who could help him. Though he just wanted to drown it all at the bar, instead he spent his meager free cash for a weekly meeting. This mystery man — as Murphy would later call him because he was unable to remember his name nor locate him for 30 years — taught him step by step how to create the life of his dreams.

It started with getting clear on what he really wanted for his life, for his relationships, for his line of work. And then lodging this fantastical vision into his brain every morning and evening.

Here’s Mike Murphy relating how one of the seemingly impossible goals came to life:

My next intention had been to own my own business. Because I already worked in the restaurant industry, my natural inclination was to open a restaurant, but I didn’t have any money to get started.

Every day, I listened to that intention describing the wonderful business I would own, and I also remembered the mystery man’s advice — listen to the messages the Universe is sending you. Pay attention to your intuition, and be proactive.

One day, out of nowhere, an idea occurred to me. I should put an ad in the paper asking for investors.

So I did. Despite having no cash, no credit, and a negative net worth, I was able to raise enough money to open my own business within a year of setting that intention.

I have owned my own business almost ever since.

From The Creation Frequency by Mike Murphy I’m intrigued with the idea that we have all the time we need.

In the same way that we have all the air that we need.

Living the idea of we have what we need doesn’t stop at love. Or the richness of experience regardless of circumstance.

It doesn’t stop at resources. I’ve found resources are there, surprisingly so. Sometimes it’s been jarring to see how easily resources come once I call out for them.

It’s got to be true for time also. I have all the time I need (I whisper to myself now).

You know what I’ve found?

Time expands for those who relax in it. 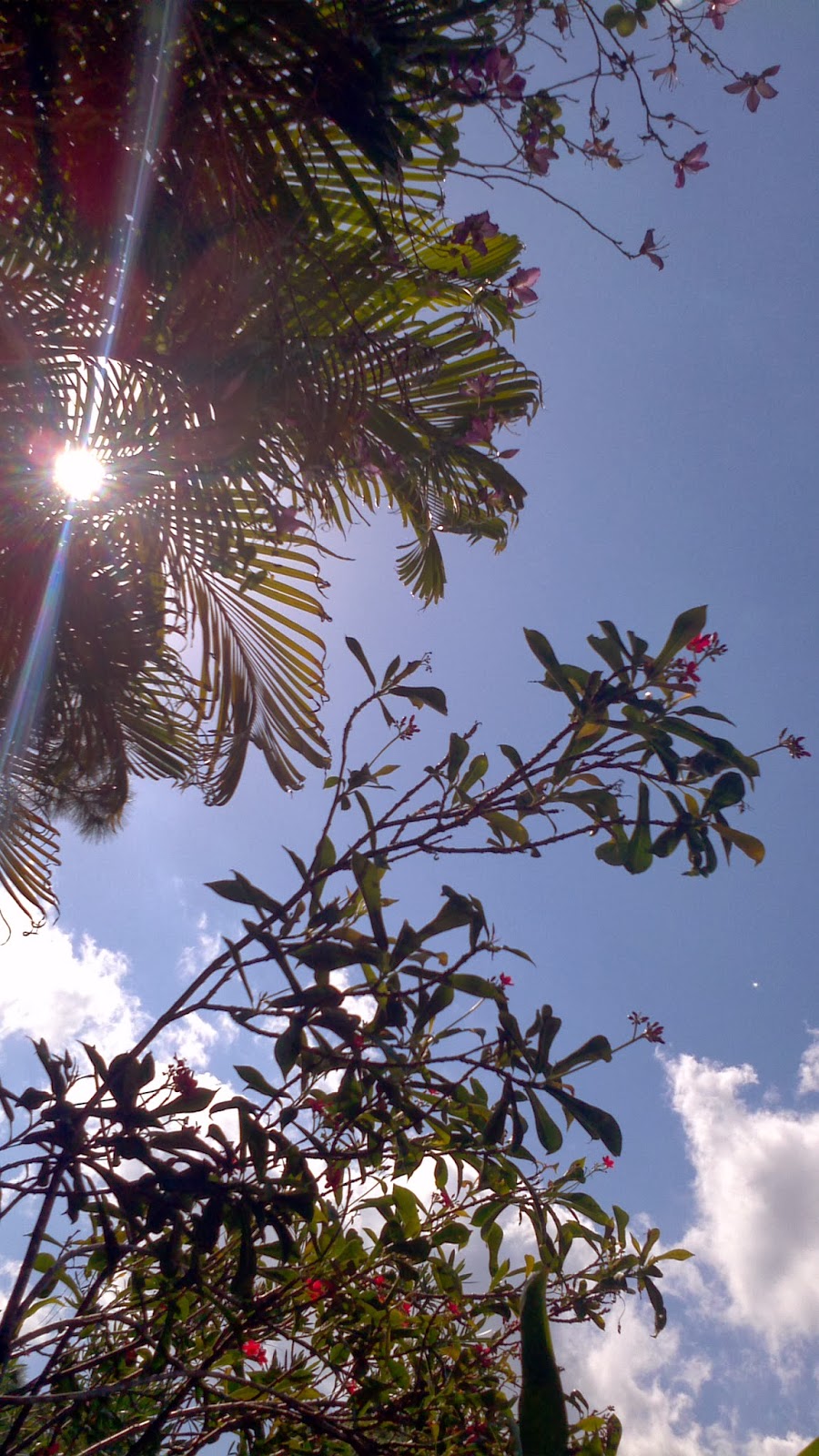 I love the scientific method for its questioning, for its corralling of human innovation and exploration into repeatable patterns. Patterns that we can use to our massive benefit.

Our scientific knowledge has been incomplete — and often harmfully wrong — in every era before ours. To think that in our era science has answered all the big questions . . . or that today’s theories will stand forever . . . is to believe that we stand at the ultimate heights of understanding.

That’s vanity without any historical proof.

Is it radical to think that the science of our times might be upended by new discoveries in a thousand years — or a million? As the scientific paradigm of the 17th century has been by subsequent centuries of exploration? Hardly.

Some think that your thoughts cannot possibly influence what comes into your experience. Thankfully millions call bullshit on this and visualize anyway. They pray and affirm anyway. They expressify their inner spirit anyway. To great result.

Skeptics say you are thinking magically when you imagine that how you feel as you envision a better result can draw others to you who will speed you toward that result. Others you’ve never met.

Two generations ago it was considered magical thinking to suggest your thoughts could influence your own body. Now that once preposterous idea — scientifically, never spiritually — is so widely accepted that visualization is now simply what you must do if you are serious as an athlete. Or a corporate chieftain or an entrepreneur. Or ill with a disease. Or you with a dream.

One thing we know for sure is there is more! There is more more more to our universe, to our selves, to our understanding. It is living in this space that is possibility living.

That’s where I live. Loving what science has brought us — knowing there is more, so much more.