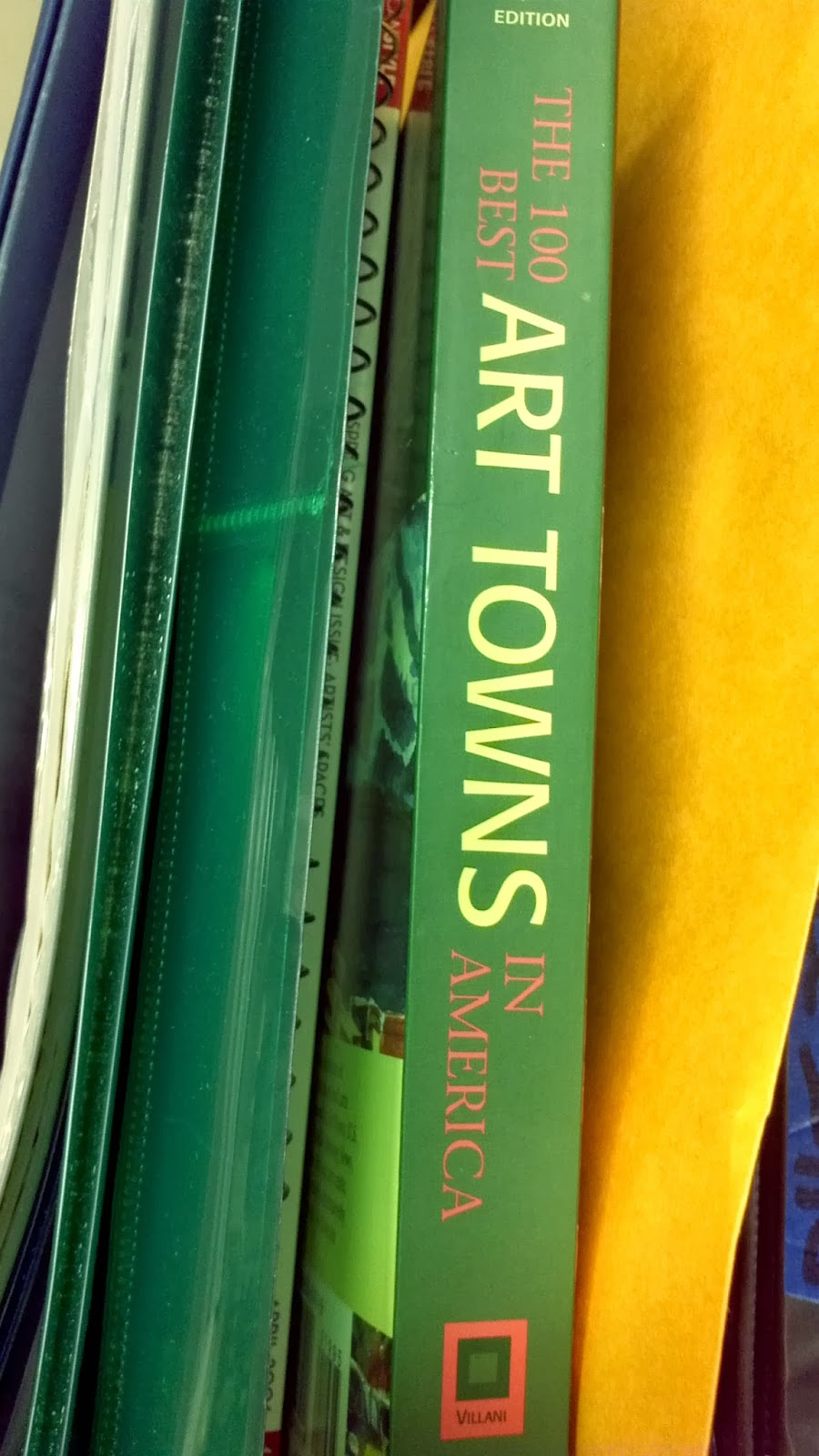 Eighteen years ago, just before Ann and I opened our art gallery, I apprenticed with an older artist. He’d only begun his art career in earnest at 60, when he’d retired from the business world.

Though not a pleasant man to most — I realize now that he was a classic introvert — he came to life in the art milieu.

Every six months or so he and his wife would embark on a road trip, their luggage and gear in the back seat, his paintings in the cavernous trunk of their vehicle. They would meander a week in one direction, seeing family and hitting art towns, and then come back via a different route, going through a different set of art zones on the return.

His method was simple: He would roam the galleries in a given town or city center — as quickly as a man with a prosthetic limb could maneuver. Diabetic, he’d lost the lower portion of his leg when a wound he’d received in France didn’t heal.

(Ironically, he’d been there for an art apprenticeship of his own.) (He liked to joke that he’d gone Van Gogh one better: That Van Gogh had only given up an ear . . . .)

Though his wife often wheelchaired him around in regular life, he preferred walking through the galleries with a cane. With his Papa Hemingway size and bearing, the noticeable limp, spectacles and curlish white hair he knew he cast a distinct impression — that of an old lion of culture.

This artist scanned an art gallery for two things when he entered.

First, the style of painting. Would his be a match for the gallery? Would his work be different enough to occupy its own sub-niche?

After his foray through the area galleries, he would then go back to the first choice and let them know he was in town only for the day.

He was careful to note the gallery in which he was standing was his top choice, and that he would prefer they saw his artwork first before he offered it to a competitor. He would mention his art auction history. And he was ever courteous and discreet if clients were about, to show he was respectful of their business.

If others were milling about in the gallery, he would wait until they’d left. If people walked in while he was engaged with the manager or owner, he would defer to them and fade off to the side. His approach was patterned to get compliance.

Standing there leaning on his cane, looking all the part of an éminence grise who knew his way around the art world, who wouldn’t take a peep at his portfolio.

He was also a persistent cuss.

Not only did he maintain a daily work regimen and a consistent marketing schedule through his periodic gallery forays with his wife . . . he also kept going back to those who said no.

One gallery in Atlanta — one that had turned him down for ten years — finally said yes.

While he was satisfied with the result, I was over the moon about it.

To me there was no greater study in the power of persistence than that example.

First, imagine that at the age of 60 or thereabouts you’ve committed your remaining days to new endeavor – painting.


And you set out to get representation . . . . Can you imagine walking into a place that has turned you down year after year and asking to be reviewed yet again?

This is what creators do.

Click here for an email update once or twice a month from The World Is Freaky Beautiful.

One person’s asceticism is another person’s Trump-like living And you are IT!
Scroll to top