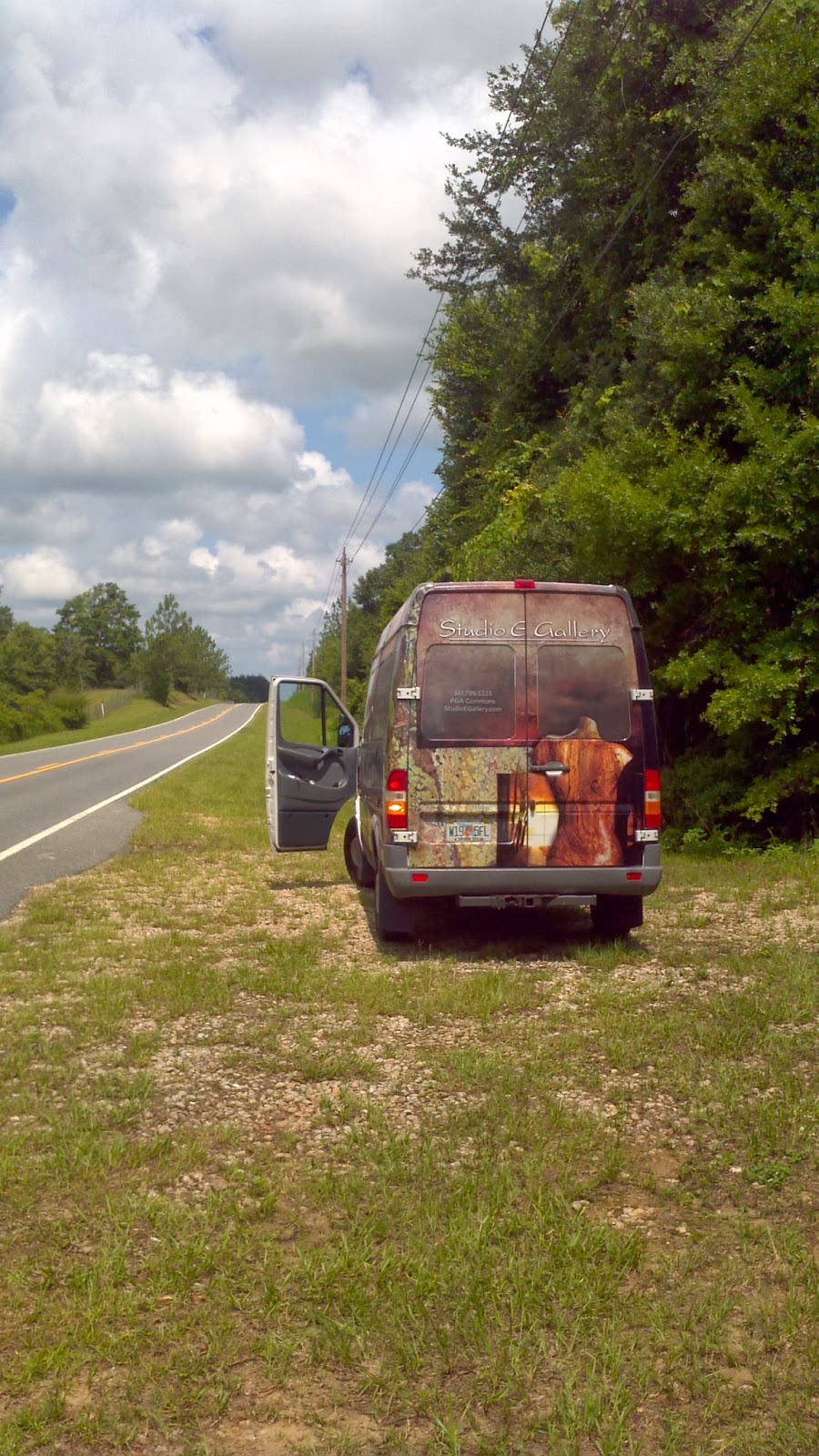 I was driving to Houston to deliver artwork to a client. The delivery had to be there no later than 7 pm that evening. After that no one would be available to receive the art.

It was an enjoyable day, with a great rhythm of rest stops and breaks to make it relaxing . . . .

Until I discovered I’d been driving the wrong direction for an hour . . . putting me two hours out of whack.

I plotted it out. I could maybe possibly just make my destination by the cutoff time that evening . . . if only everything went perfectly well. To the minute.

About 45 minutes later I became aware that while I’d been driving I’d had this demi-conscious thought pattern whispering at me in the background the whole time:

There are going to be traffic problems through the cities.

There will be accidents.

If you don’t make this delivery tonight, you’re schedule will be thrown way behind. There’s no way you’re going to make it.

This is really going to cost you.

It was a running litany of all the things that could go wrong. Whispering at me from my own mind!

I shouted at this part of my mind — at myself essentially — to shut up. With choicer language.

It quieted down for awhile. Then when my attention drifted the little fucker started right back up.

My inner self is a four-year old.

I knew I had to substitute the programming . . . and commenced speaking about all the things that could go right. I whispered aloud every possible event I could think of that could go my way.

And they did. Through cities and towns and traffic and patches of bad weather. The drive unspooled with wonderful fluidity. I made it with five minutes to spare.

This was a wake up . . . about how much power my Whisper Self was leeching away from me. After that I caught my Whisper Self repeatedly soft speaking away about this could-be awful thing or that might-turn-out-badly possibility . . .

Now I train this Whisper Self to speak rightly . . . about everything that can and will go right. It’s had an amazing effect on how things turn out — some that border on the miraculous.

On mindfulness and reverie: Mindlessness as a tool What is vastly underrated by artists for its creativity?
Scroll to top